Just won one of these at the Momentum User Group booth.  While I am grateful for this grand prize, it’s going to be all the harder to convince the Boss that I really “need” that new Apple TV when it finally hits the market.

On a more serious note; I attended a great session on xCP this morning; check out this AM’s Momentum 2014 twitter feed for more information on some of the great features in the IIG portfolio.

On your way to EMCworld and Momentum 2014?

Recommend you check the attached article out, written by Virginia Backalitis at CMSwire. Great article, chock-full of her predictions for what we could see happen next week at the Sands Convention Center. My thoughts and comments down below, after the break. Will it all go down this way?  No one knows for sure, but either way it ought to be a fun show – JMM

Will Documentum and Syncplicity Hit the Jackpot at EMC World?

END_OF_DOCUMENT_TOKEN_TO_BE_REPLACED

Found this interesting “map” that EMC shared on LinkedIn earlier today.  Sometimes, the story is more about what’s not on the map… and in this case, it’s ECM (and Documentum) that’s MIA from yet another EMC publication.*

*In all fairness, the map does contain a bullet point labelled “Intelligence” in the “Security” panel.  Conceivably, this could refer to IIG. However, there are no references to IIG or Documentum elsewhere on the graphic, credits, or supporting page, nor on the two other EMC “storymap” pages covering IT Transformation or Big Data.

How soon?  That remains to be seen, but Alan Pelz-Sharpe’s analysis would have you think that the spinoff is only a matter of time. END_OF_DOCUMENT_TOKEN_TO_BE_REPLACED

If you can’t trust the guy who is the titular head of the Ace Tomato Company… who can you trust?

“It’s alright,” says Barack Obama. “The NSA is looking at your metadata, not your content.” Recently, however, the Stanford Law School has been conducting a study into what – in fact – can be learned about a person from his or her telephone metadata. The results may surprise you. Researchers were able to predict participants’ religions, political affiliations, whether they owned firearms or pets, and whether they were looking to leave their jobs. From patterns in metadata, they identified individuals who were suffering from health issues, who were planning abortions after having fallen pregnant, and – in one case – who seemed to be growing marijuana.

Just speculating here, but I’m pretty sure that the NSA probably knew well in advance that these gentlemen would want to have a Pepsi: 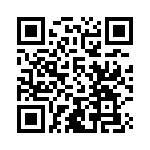